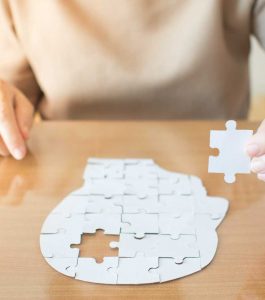 A session, dedicated to the topic of brain ketone metabolism and ketogenic interventions was held during the recent Alzheimer’s Assocation International Conference (AAIC) 2017, with new clinical data showing some exciting preliminary observations.

Alzheimer’s disease causes the brain to lose its ability to use glucose to produce energy and in some areas of the brain, glucose metabolism is down 40%, this according to Stephen Cunnane, PhD, University of Sherbrooke, Quebec, Canada. Preliminary studies presented suggest that the brain can use ketones instead of glucose to reduce the energy gap. So by supplying the brain with Medium-Chain Triglycerides (MCTs), the energy the brain needs can be partically restored, with improvemet of cognitive function.

My Take – For anyone dealing with the dreaded disease, I would strongly encourage you to read a book by Dr. Mary T. Newport, MD., “Alzheimer’s Disease – What If There Was a Cure?” First published in about 2011, Dr. Newport wrote about her expereince with the Alzheimer’s Assocation and her husband with severe Alzheimer’s. I was personally disturbed and angered by what Mary had to go through, but, in the end, she vastly improved the quality of the life of her husband by using MCTs, along with coconut oils. So the study referred to above is nothing new to those in the Functional Medicine community, but if someone is dealing with this disease, it is late, but welcome news, finally coming to light.