Is it better to exercise to music? 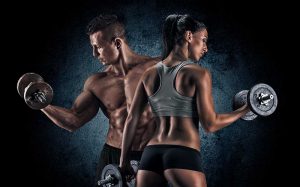 Exercise can help prevent heart disease, stroke, diabetes and cancer, plus it may:

Yet despite knowing this, most Americans — seven out of 10 of us, in fact — do not exercise regularly.

If you are one of these 70 percent who are in need of a bit of extra motivation, working out with music may be just the ticket.

Exercising with music feels good intrinsically; it keeps you moving, takes your mind off your efforts and puts your mind in an energetic state. But there is even more to it than that.

Costas Karageorghis, a sports psychologist at Britain’s Brunel University, has been researching exercise and music for two decades and created a half marathon called “run to the Beat.” The event mixes the perfect blend of live bands for runners to listen to while they run, all based on Karageorghis’ research of human reaction to rhythm.

According to Karageorghis, there are two “internal” factors that contribute to a song’s motivational qualities — rhythm response and musicality — and two “external” factors – cultural impact and association. Dan Peterson, LiveScience’s Sports Columnist, explained:

The Benefits of Working Out With the Right Music 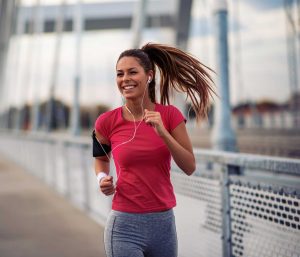 You likely know which music best gets you up and moving, which songs will push you to keep going and which work best during your slower paced cool down. But what you may not know is just how much of an impact the right music can have on your workouts.

According to one study, exercisers who cycled in time to music (syncing beats per minute

with an exercise pace) required 7 percent less oxygen to do so than when music was playing in the background. Research also shows that listening to music may offer you a 10 percent reduction in perceived effort while running on a treadmill, which means you’ll likely be able to keep running, longer.

A new study published in the Journal of Sport and Exercise Psychology, involved 30 exercises who synchronized their exercise pace to the tempo of the music. Those who listened to synchronized music had a 15 percent improvement in endurance compared to a no-music group.

“The synchronous application of music resulted in much higher endurance while the motivational qualities of the music impacted significantly on the interpretation of fatigue symptoms right up to the point of voluntary exhaustion,” Karageorghis told LiveScience.

Music With Your Workout May Even Make You Smarter

Said the study’s lead author, Charles Emery, ” … Listening to music may influence cognitive function through different pathways in the brain. The combination of music and exercise may stimulate and increase cognitive arousal while helping to organize cognitive output.”