Antidepressants – Tied to Significant Increase in Risk for Death 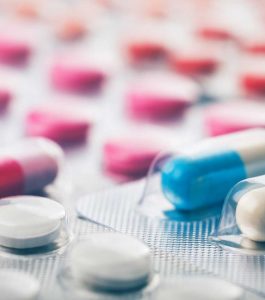 According to a study released on September 21, 2017, researchers found that use of antidepressants is associated with an increased risk of all-cause death by at least 33%! They are very harmful to the general population, but also much less effective than previously thought. My take – This is an incredible finding because it basically says that doctors and the pharmaceutical industry that produces these dangerous drugs, don’t really know how they work. Or worse, they know, but are hiding the truth from everyone. Depression and anxiety are complex issues, but the treatment should not produce a worse outcome than the disease. It has also been my experience that many patients suffering from these conditions, have, as an underlying or contributing factor, a gut (GI system) issue. There is substantial research proving that when the gut is inflamed, the brain will be inflamed, thus changing the chemistry of the brain, allowing for a variety of symptoms, that might include depression and or anxiety. If you or someone you know, is dealing with these types of symptoms, I would encourage you to find a healthcare provider that utilizes advanced testing to try and determine the underlying cause of a condition and then use natural products, when possible, to try to bring the body into balance and thus health the body.